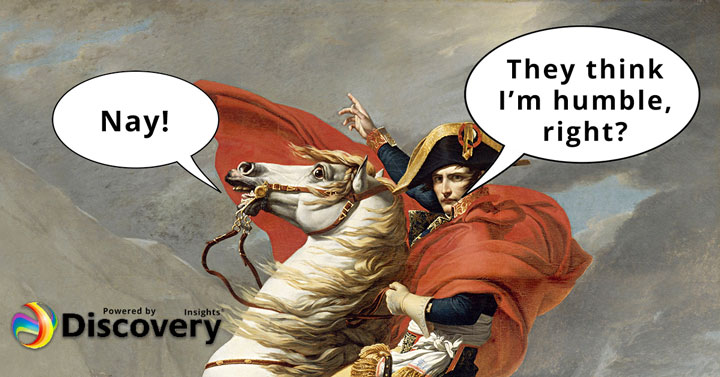 Thinking of the most important skills for a leader to have, most people will suggest qualities such as vision, charisma, determination, or discipline. But there’s one quality which rarely gets acknowledged in discussions about leadership but that is absolutely crucial, and that is self-awareness.

The importance of self-awareness in business

A recent article in the MIT Sloan Management Review was written on the basis of interviews with more than 2000 international executives, and it found that self-awareness was crucial for leadership. In fact, the authors Ginka Toegel and Jean-Louis Barsoux argued that self-awareness is the single most important capability for a leader to develop. This is because to be successful, a leader needs to know about their own limitations and idiosyncrasies in order to allow for these factors when making decisions.

Self-aware leadership isn’t just important as an executive skill – it can affect a company’s bottom line too. A study by the Korn Ferry Institute found that in companies with employees who scored well on measures of self-awareness, there were significantly higher rates of return of stock when compared to companies with employees that had more blind spots about their own performance. Another study found that a high score in self-awareness was the strongest predictor of overall success. So self-awareness is more than just a useful add-on skill: it is an essential part of getting results in business.

The same Korn Ferry Institute study mentioned previously also found that 79% of the participants had at least one blind spot in their self-awareness – meaning that 79% of people had a skill that they considered to be a strength but that their co-workers considered to be a weakness of theirs. This shows just how hard it is to be truly self-aware at work.

As we’ve discussed before, people are generally pretty poor at assessing their own performance. The problem is that in order for a person to know if they are a skilled performer in, say, communication, they have to know a lot about the topic already and know enough about what makes a person a good communicator. If someone lacks this knowledge, they are likely to overvalue their own performance because they don’t know what they don’t know.

When trying to cultivate self-aware leadership, it is not enough for a leader to think about their own perceptions of their strengths and weaknesses. They need to gather feedback from co-workers too.

These difficulties with self-assessment are why receiving feedback is so key for self-aware leadership. Often, feedback from co-workers can differ markedly from how managers perceive themselves. For example, managers want to be seen as open to new ideas and attentive to their employees, so they will often rate themselves highly in these skill areas. But employees might disagree – they might find that the manager is dismissive of issues they raise, or is overly rigid in their approach.

The important thing for leaders to realize is that when it comes to skills assessment, perception is reality. If underlings feel that their manager does not take them seriously, then this is the reality – no matter what the manager thinks about their own skills. Real world examples show how even a leader who believes that they are doing everything right, and who is getting good results for the company, can be perceived as a problem by co-workers.

Given how crucial self-awareness is for leadership, it is notable that it is rare for the topic to be covered in MBA courses or other forms of business education. Leaders can’t rely on their existing knowledge to achieve self-awareness – it requires active and ongoing examination and practice. Some of the ways that leaders can improve their self-awareness include gaining information by soliciting and listening to feedback, taking leadership coaching, and by taking personality assessments. To get the most from these information sources, leaders need to train themselves and promote the concept of effective listening: not just nodding along while others talk but actively engaging with them to understand their perspective. The more a leader listens, the more informed they will be about how they are perceived and what their strengths and weaknesses are.

Other changes can help to encourage a self-aware leadership style too, such as adopting daily mindfulness practice to improve awareness of one’s own state and emotional responses, and taking regular breaks so that decisions are contemplated carefully instead of being made on autopilot.

The makings of a good leader

It’s worth remembering that self-awareness is a key skill for a leader, but that doesn’t mean that there is only one way to lead effectively. For example, a leader might be conflict averse and struggle with giving negative feedback – but as long as they are aware of this, they can get support from other members of their leadership team when they need to have a tough conversation. Conversely, if a leader has a very direct communication style and has a tendency to come across as harsh, then they can call on more diplomatic communicators from their team to help them make a good impression in meetings. In either case, the leader has some strengths and some weaknesses, but by being aware of these and surrounding themselves with people with complementary skill sets, a more effective team can be formed.

To learn more about how personality assessments can help to develop self-awareness, visit www.discoveryourself.com, and check back to our blog soon for more articles like this one.

Investing in Integrity
Internal Compass Directs Personal Behavior
Success, One Step at a Time
Giving Back
What's Your Personality Type?
Discover Yourself - Adapting to the Style of Others
0 replies