Scott Schwefel has spoken to over 1000 organizations, teaching people how to Communicate in Full Color.  Better teams, stronger leaders and higher sales are the results

Scott works with organizations who want to leverage new communication strategies to increase sales, profits and productivity.  As a serial entrepreneur, Scott founded and grew Minnesota’s largest technology training company to over $12MM, and then sold the company in 2003. His company was named one of the 50 fastest growing private companies in Minnesota in 1997 and 1998, and he was named to Minnesota’s 40 under 40 list of successful top executives. Scott then founded and grew Insights Twin Cities to over $3MM and sold it to Insights in Scotland in 2014.

Scott Schwefel has been speaking and teaching new communication strategies to organizations globally for over a decade. He has presented in Paris, London, Amsterdam, Geneva, Shanghai, and Kuwait, and he has also trained and coached over 1500 CEOs personally. He is a published author, has lived remotely with the Hadza and Maasai tribes in Tanzania, and is a featured speaker for Vistage, the largest organization of CEOs in the world. 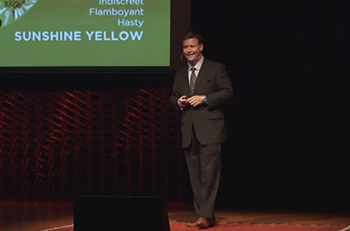 Scott delivers a Ted Talk to 500

Understand Who You Are, What You Do Well, and What You Are Passionate About.