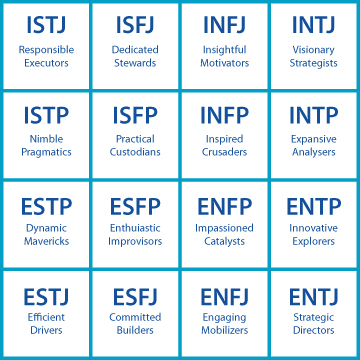 The Myers-Briggs Type Indicator® (MBTI) is a psychological test that has become well known and is widely administered.

Carl Gustav Jung’s theory of psychological types is at the core of the Myers-Briggs. However, Jung’s theory was interpreted by the mother and daughter team of Katherine Cook Briggs and her daughter, Isabel Briggs Myers, who created the test for the MBTI. Although the MBTI was based on Jung’s theories, team Myers-Briggs didn’t use every notion in it and created their own twists here and there.

For example, team Myers-Briggs added a “judging-perception” dimension that was not a part of Jung’s original theory. The judging-perception is also referred to as “J vs. P.” Some say that because of the addition of “missing” portions to Jung’s theory to the MBTI both theories have their problems.

The Biggest Problem with the MBTI

According to Dictionary.com, psychometrics is the measurement of mental traits, abilities, and processes. By this definition, the MBTI has serious issues in these areas.

For example, the results of a completed MBTI are put into only two boxes, Extravert (“E”) or Introvert (“I”). Human beings don’t work this way and are far too extraordinary and dynamic to be put into just two boxes with no room for a “gray area.”

Is the MBTI Still a Good Test?

Absolutely! The best use of this test might be for self-reflection. If you have never taken a personality test to see how people can vary in their personalities, or how to work with people who have different perspectives than you do, the MBTI is a great source. Subsequently, any test taker should not over-interpret the test results and should remember the limitations of the test mentioned above.

There Are Other Options for Psychological Testing

There are quite a few other psychological type tests that can be used as an alternative to the MBTI, or even stand in place of it. A popular test that is gaining ground fast is the Insights Discovery® Personal Profile. Like the MBTI, the Insights Discovery Personal Profile is also based on the same teachings of Jung. So a person being extraverted or introverted still plays a major role in this test. However, there is far greater room for a gray area, and this test does not put humans in boxes with no wiggle room. Insights Discovery Personal Profile gives its takers a greater understanding of themselves, which includes their strengths and weaknesses. It also allows the individuals to develop effective strategies for interacting with others and can help them respond more effectively and be more aware of the environment in which they live and work.

This test also ties right into the Four- Color Wheel Theory. This test helps people learn what type of person they are by suggesting four colors (Cool Blue, Fiery Red, Earth Green, and Sunshine Yellow) with which to be associated. However, no one is put in a box and labeled as just one color. A person is allowed to “lead” with one color, but also have attributes of other colors as well, which makes it very unique.

So if you are a business and are ready to discover yourself by having you and your employees take our Insights Discovery Personal Profile and learn about the Four-Color Wheel Theory, schedule me, Scott Schwefel, as your keynote speaker.

I will come to your group and address the differences in personalities in a truthful, fun, and easy to understand way. Follow me on Facebook, LinkedIn, and Twitter to share my blogs with the color energies you work with!

The Gift and the Curse of a boss who leads with Fiery Red energy! How to Build Strong Work Relationships by Leading With Earth Green?
Scroll to top