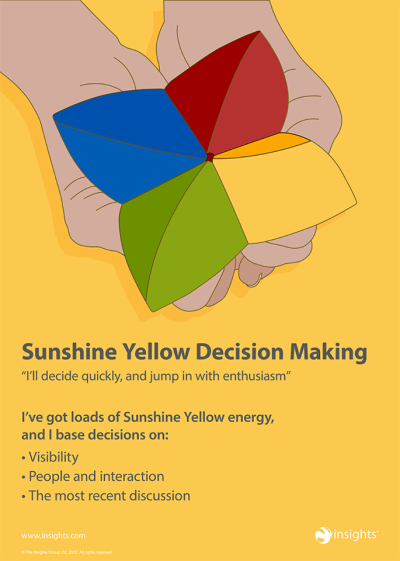 Imagine yourself in the position of a hiring manager deciding between two potential new employees. One is obviously more qualified, but the other reminds you of yourself in the way they interact or even take a seat. You weigh the qualifications of both and assess which would be the most valuable addition to your team.

You might be surprised to hear that research shows that in this scenario the latter applicant is more likely to get the job. Studies have brought up the idea of a “cultural fit,” an unwritten category of the hiring phase in which an employer looks for someone who matches them on a socially desirable level. Sometimes even making the decision just based on who they can see themselves having a beer with! This does not necessarily lead to the wrong hires in every case, but it raises concern that a biased haze could be preventing a team from growing to its fullest potential.We, as leaders, have a habit of building teams made of individuals who remind us of ourselves. That doesn’t seem like such a bad thing, especially if you’re constantly reminded of your hard work ethic, enthusiasm, and level-headed judgment. However, this mindset when applied to hiring insulates your group from gaining the insight and experience that can only be obtained through employing a diverse range of staff. Lacking the awareness that you are cloning current members of your team also robs you of gauging where your group excels—and where fine tuning needs to be done.

Getting down to it

For example, your current team may be proficient in achieving client satisfaction with completed projects, but lacks the organization required to meet deadlines. Gathering a group of similar individuals may mean your group consistently delivers good work, but aggravates your failure regarding promptness. This sequence of events would noticeably damage your credibility, and your business will suffer as an end result.

We can consider this problem in a more visual way. An emerging idea dedicated toward helping professionals build the most well-rounded team possible is the concept of “color energy.” Take a Sunshine Yellow type, for example, a real go-getter who invigorates the staff with visionary ideas and provides a fresh outlook on projects and assignments. A Sunshine Yellow, however, can fall prey to disorganization, a habit of jumping from project to project without giving each its due and closing on those with loose ends. You can mitigate the flaws of the well-intentioned Sunshine Yellow with a Cool Blue type who is more guarded against new visions but performs copious amounts of research on current projects. Fire Red personalities are hustlers, rarely short on confidence, but potentially on patience. Thankfully, we can count on Earth Green leaders to act as pillars of support for the group, providing guidance and mentorship—although they, too, may be a bit traditional in their ways.

A balanced team is not a blinding yellow or endless blue, but rather a spectrum of vivid colors and personalities. As a hiring manager, your job is a two-step process. One: judge each applicant’s skill set and weaknesses objectively—as you normally would. Two: make an honest and critical analysis of your current team. Where do we have gaps and who can fill them? You may be inclined to recruit an individual with years of experience with analytics, but if your team already has a handful of those professionals, it may be best for you to hire the applicant with accounting experience. Similarly, you may consider yourself a Yellow Sunshine and be turned off by the sight of a deflating realist. But the success of your team may depend on the grounded Cool Blue who can keep them from flying too close to the sun.

This is not to say that hiring an employee who would be an ideal tennis partner is a bad idea. Your job as a responsible employer and business owner, however, is to put the interests of your team first. The work socials come after that.

To get assistance on how to hire a well-rounded team, contact me, Scott Schwefel of Insights, and get me on the schedule as the keynote speaker for your next team-building event.  To see what I’m up to and get notified of my new blog posts, follow me on Facebook, LinkedIn, and Twitter.  For a sneak peek of what you can expect for your next company event, find me on YouTube!

Jungian Psychology: The Eight Function Attitudes
Reform To Achieve Maximum Results
Does wearing a mask in the workplace mean you are “fake”?
Investing in Integrity
Communicating with the Four Color Personalities
More of Others, Less of You
0 replies

New Years Resolution The Gift and the Curse of a boss who leads with Fiery Red energy!
Scroll to top