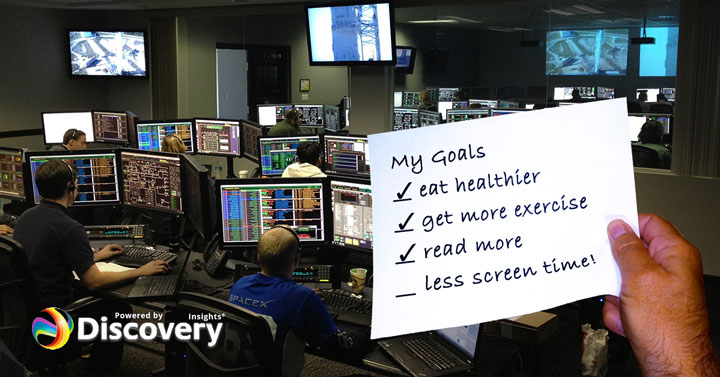 We all know that making a lasting change to our behavior is tough. Whether someone is trying to develop new work skills, to live in a healthier way, or to make more time for self-care, creating a change that lasts is a challenge. It’s not enough just to have good intentions: people need to make sure that their new behavior becomes a habit in order to make it stick. Fortunately, research in psychology can provide information on how to make behavioral changes that last.

Much of the scientific research on behavior change looks at issues of public health, in the context of medical personnel or government workers trying to change the behavior of large groups of people. For example, interventions to discourage people from smoking (such as the indoor smoking bans which were introduced in many countries over the last 15 years), or to encourage them to eat healthily (such as Britain’s “5 a day” fruit and vegetables campaign) try to change the behavior of the public as a whole. Similarly, public health campaigns about washing hands to reduce the spread of disease, or anti-drunk driving initiatives are generally performed on a country-wide level.

But there are lessons from these large-scale campaigns that can be informative about individual behavior change. If individuals want to form new habits, then they can benefit from looking at what works on a group level and finding ways to apply these lessons to their own lives. For example, a key requirement of a behavior change campaign is that it must promote a directly actionable activity. It is no use for someone to decide that they want to eat more healthily if they do not have a plan for what healthy eating should look like. To be successful, this person will need a specific goal or set of goals to work for, such as eating several portions of fruit and vegetables a day, only eating fast food once a week, or switching to low calorie sodas.

As the example of eating more healthily demonstrates, people need to have not just an intention to change but also a specific and achievable goal to work from. Setting goals is key to motivating people to change, but only if the goal is both challenging and achievable.

If a person tries to start a side business, change their diet, exercise regularly, and spend more time with their children all at once then they will almost certainly fail – this is just too many changes at once to be feasible. And then, when the person inevitably fails at one or more of these goals, they will give up on the whole endeavor and revert back to their previous behavior. Just look at the new year’s resolutions that everyone makes, where they spend a few weeks in January trying to change their entire life, only to give up within a few weeks with none of the changes sticking in the long term.

It is better to start with one change at a time, and to set reasonable goals for that one change. And a good way to set useful goals is to focus on effort rather than achievement. If someone wants to start running and they set a goal of running a mile in under eight minutes by the end of the month, if they are out of shape then they may well fail and become discouraged. But if the goal is going running twice a week, at whatever speed they can manage, then they can focus on acquiring the habit of going running instead of looking at their achieved speed. After a month or two of running regularly, it will become part of their routine and they will likely learn to run faster anyway. This kind of incremental effort-based change is much more likely to stick than trying to achieve many changes at once.

Importance of the Environment

Most people believe that what they think causes their actions. It seems obvious that thoughts cause behaviors, like when someone thinks that they are thirsty so they decide to take a drink of water. But in fact, this view underestimates that importance of unconscious motivations and the environment.

Very often, people follow cues in their environment more than they are aware of. A famous experiment had people sit in front of a bowl of soup and eat as much as they wanted – but sometimes the soup bowl was designed so that it would re-fill itself without the person noticing. When eating from the re-filling bowl, people ate much more soup than they did otherwise. How much they ate wasn’t determined by how hungry they were so much as it was influenced by the amount of soup that was available.

It is also easier to stick to a new habit if it becomes part of a regular schedule. If someone wants to reply to customer emails but feels like they never make the time to do so, then they can set a regular time when they first arrive in the office or right after lunch each day to do so. After a few weeks of doing this task at the same time each day, it will become an automatic habit and the person will no longer have to force themselves to perform it as it is part of their routine.

Behavior change is just one area where psychology research can be helpful in business and in other areas of life. To learn more about how psychology can benefit you, visit www.discoveryourself.com.