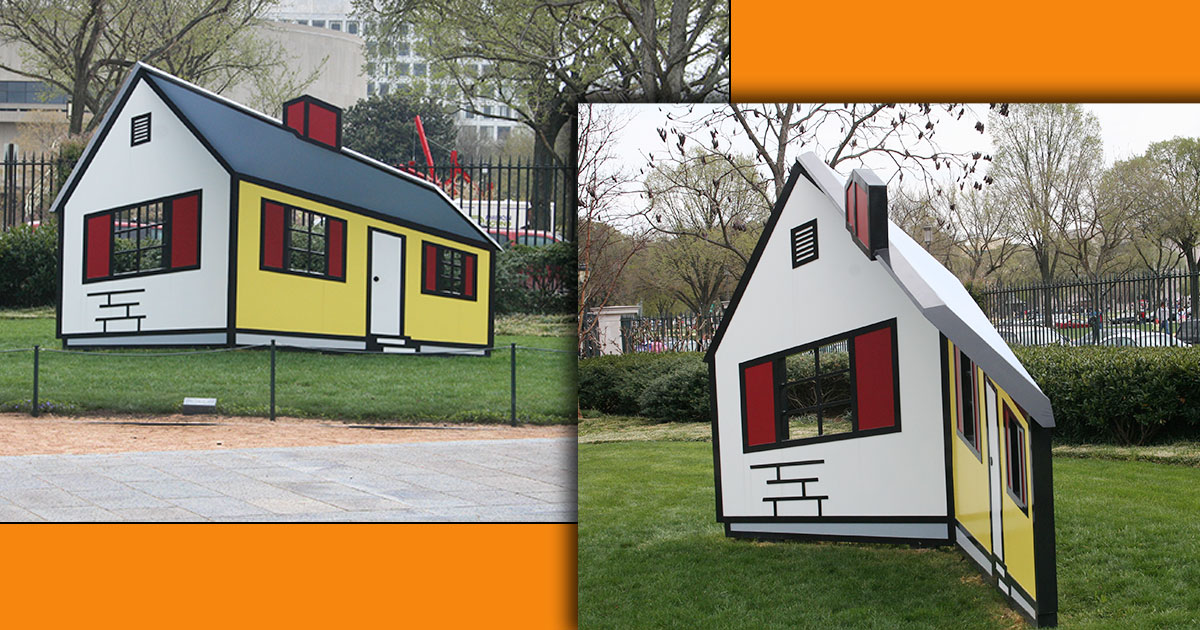 Everyone knows that you can’t always believe what you see. Despite how it seems to us, our perception of the world around us is actually quite limited and we frequently miss important information from our environment. The most obvious form of perceptual anomaly is optical illusions, where we perceive something that we know cannot be the case.

There’s an illusion called the Ponzo illusion where you see two lines stretching off towards the horizon like train tracks, and you have to estimate the length of two horizontal lines running across the track. These two lines appear to be different lengths, but we can measure and easily observe them to actually be the same length. The strange thing is that even when you know that the lines are the same length, they still appear to be different lengths.

Pay attention
When you think about it, it’s obvious that we don’t always perceive all of the details that we think we do. Just consider how it feels when you are tired, in a hurry, or absorbed with a problem, and you’re rushing down the street. You don’t pay much attention to the scene around you, so it’s easy to miss details that you would otherwise notice. There’s obviously a relationship between how much attention you pay to an environment, and the degree of detail that you’ll observe in that environment.

In its extreme form, this effect is called inattentional blindness. There’s a famous experiment from the 1970s called the invisible gorilla. In this test, participants are shown a video of two groups of people playing with a basketball. One group is dressed in white, the other in black. The participant is asked to count how many times the ball is passed between the players in white, which requires careful attention to the video as the passes are made quickly. At the end of the video, participants are asked how many passes were made, and also if they noticed anything unusual about the video. Around half of the participants answer that they saw nothing unusual in the video. But in fact, during the video as the passes are occurring, a person dressed in a gorilla suit enters the frame and dances around the players. If you’re not very focused on a task like counting the number of passes, it’s impossible to miss the gorilla. But when their attention is focused elsewhere, many people don’t see a huge dancing gorilla that is quite literally staring them in the face.

What changed?
It is to some extent obvious that how much attention you pay to a scene will affect how much you perceive of it – and, as in the case of the gorilla, paying a lot of attention to one aspect of a scene will make you less perceptive of other aspects of the scene. But perceptual anomalies go beyond just matters of attentiveness… into strange situations that seem unbelievable at first. One such aspect of perception is called change blindness, and it occurs when a scene is changed before our very eyes and we don’t even notice it.

The funny thing is that this works not only with pictures but also in the real world. One experiment took place on a busy street, where an experimenter would stop a random passerby and ask them for directions. While they were asking, two confederates dressed as workmen would walk between the experimenter and the subject holding a large door which blocks the subject’s view for a moment. In that moment, the experimenter would duck out and be replaced by a different person. Once the workmen have passed by, most subjects didn’t even notice that the person they had been talking to a second ago had been replaced by a totally different person. This is how big a change can take place in our perception without us being aware of it.

Seeing patterns everywhere
Another perceptual oddity that humans have is a tendency to see patterns everywhere. The phenomenon of pareidolia refers to the habit we have of seeing patterns even in random noise, and especially of seeing faces. It’s why you get those funny blogs of hundreds of photos of coat hooks, bags, or other inanimate objects that everyone instantly perceives as looking like a face. It’s also why it’s common for people to perceive the face of Jesus in their toast – we have evolved to be so good at pattern recognition, and especially recognition of other faces, that we perceive faces even in random noise.

One of the most important things to understand about perception is that it is led by our mental state, including our prior knowledge and assumptions about the world. We refer to perception as being top-down, meaning that it is guided by our assumptions and knowledge, rather than bottom-up, which would be led by environmental details. It seems to us as if we are perceiving an accurate and objective picture of the world, but in fact large amounts of what we think we perceive is actually filled in by our brains. What you see is just as much about what you believe as it is about what’s in front of you.

To learn more about why we all see the world differently, visit www.discoveryourself.com