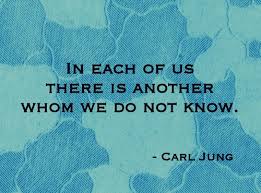 Throughout his life Carl Jung was constantly questioning and engaging with the information he was gathering. From his patients to his research, his collection of knowledge about the inner workings of the human mind changed how he saw the world around him. Jung was able to revolutionize the field of analytical psychology because he continued to question, continued to invent, and continued to piece together what he knew about the world around him to create new and exciting theories.

Jung’s work focused on the areas of human consciousness and unconsciousness, but also on methods of analyzing what happened in those areas. He didn’t focus on dreams in the same way Freud did, but certainly took peoples’ dreams into consideration when discussing the idea of the unconscious mind having an influence over our conscious selves.

Explication was used by Jung to explain what dreams implied. Amplification was used to identify parallels from dreams into popular culture, where those ideas may have come from in the first place. Through explication and amplification, the greater meaning or story behind a dream could be created, providing insight into a person’s psyche. An active imagination can be used to interact with the psyche, or unconscious mind, of an individual. This is not a passive observation of what has already happened in a dream, but an active participation in the inner psychology.

So, what do these methods of analysis have to do with our personalities? Seeking to interpret your own or someone else’s actions or intentions can be useful in your personal and professional lives. Although we can’t always know what is going on in another person’s head, we can begin to learn how to decipher their actions, behaviors, and intentions using Jung’s three methods of analysis. Far from just being used on other people, these three methods are best used on yourself. Understanding what your unconscious mind is trying to tell you can pinpoint areas of stress or worry in your life, give you creative new ideas for a project, and help you understand why you react the way you do when faced with certain individuals or situations.

Jung opened up an entirely new world with his discoveries, and discoveries into the psychology of personality and the self are still being made today. Insights Discovery is based squarely on Jung’s theories, and as such is an invaluable tool in helping people understand themselves and others.  If you would like further help in identifying yourself or others as part of the four color personalities, schedule me, Scott Schwefel, as your keynote speaker. I will come to your group and address the differences in personalities in a truthful, fun, and easy-to-understand way. Follow me on Facebook, LinkedIn, and Twitter to share my blogs with the color energies you work with!

Directing Yourself and Others: The Power of the Rational Thinker
Practical Applications of Personality Analysis
Giving Back
Putting the DISC in Discovery: Insights Discovery versus DISC Methodology
SmartSkills Personalities versus Insights discovery
Investing in Integrity
Discover Yourself - Disc vs Discovery
Adapting and Connecting
0 replies