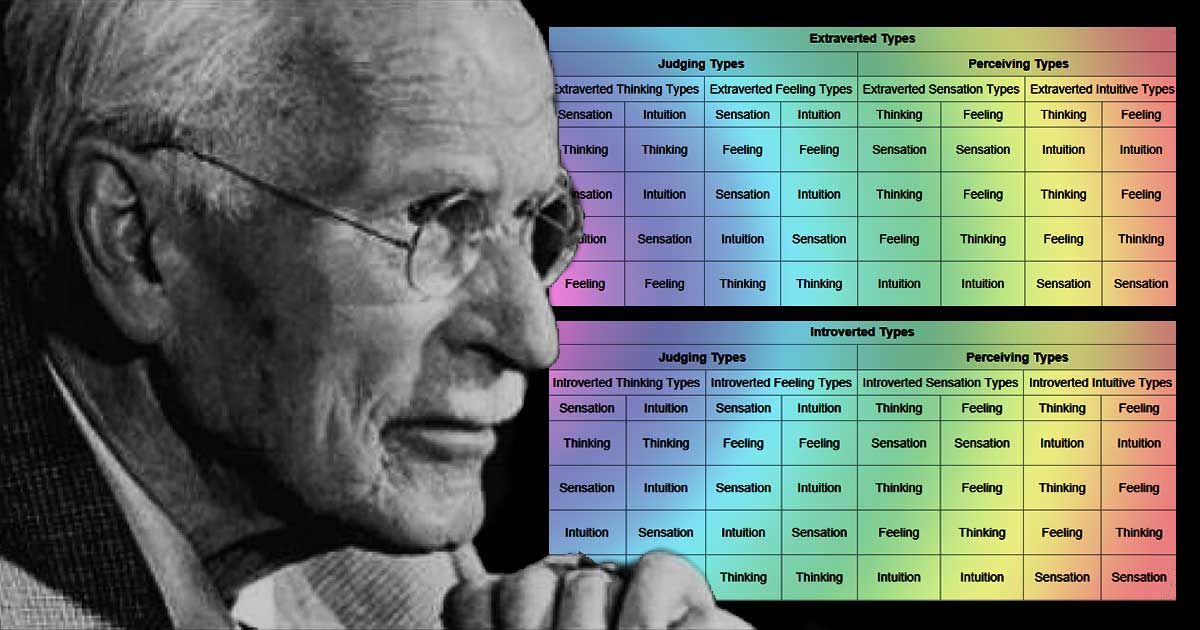 The Types of Cognitive Function

Psychoanalyst Carl Jung worked on the topic of psychological types back in the 1920s, and much of the field of personality types today is still based on his work. He looked at the essential cognitive functions, and proposed that there were two diametrically opposed pairs: rational, judging functions of thinking and feeling, and irrational, perceiving functions of sensation and intuition. The idea behind this distinction is that the judging functions are matters of assessment that require decision making, while the perceiving functions are related to gathering information from the world.

Jung went on to define in depth the four cognitive functions – two judging functions and two perceiving functions. The essential characteristics of the four functions are as follows:

Another key aspect of Jung’s model was the distinction between introversion and extraversion (sometimes spelled as ‘extroversion’). Jung believed that these two attitudes represented the ‘direction’ in which each of the four cognitive functions could be turned.

An introverted function is one that is turned inward, meaning that it operates within the interior world of thoughts and reflection. An extroverted function is one that is turned outward, meaning that it operates in the realm of the exterior world of behavior, actions, things, and other people. People who tend towards introversion gain energy from time spent alone, are thought oriented, and like to contemplate first and act later. People who tend towards extraversion gain energy from being around others, are action oriented, and are more likely to act first and reflect later.

Naturally, all of us have the potential to use all these different attitudes depending on the context and our training and background. But Jung believed that each person has a dominant function which they prefer to use when thinking and acting. To find out more about how these attitudes are used in practice in personality testing, come back soon as our next post will compare two popular personality assessment tools. And you can always learn more at www.scottstedtalk.com.

Strategic Communication
Motivated for Greatness
The Gift and the Curse of a boss who leads with Fiery Red energy!
Discover Yourself - Interacting With Our Opposite Types
Eight Color Personalities Put a Spin on Workplace Communications
Reform To Achieve Maximum Results
0 replies