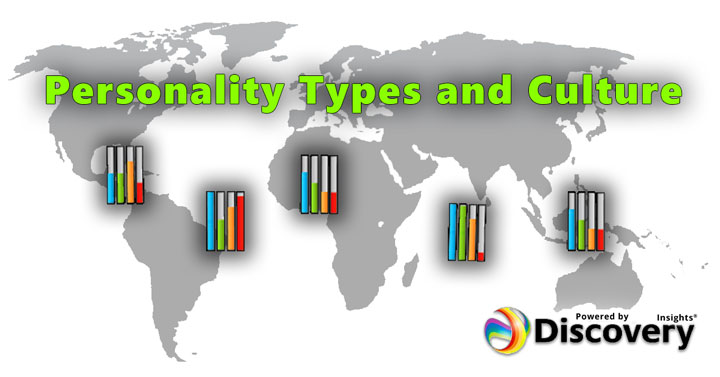 Most personality tests are developed in Northern America or Western Europe, and this affects how questions are conceptualized and framed. It might seem like a personality test should work equally well for different people across different cultures, but sometimes that is not the case. The first step in applying a personality test across cultures is to translate the test into another language, but this is already a challenge. The exact translation of particular words can cause difficulties, such as trying to decide how exactly to translate a question about happiness – which could refer to contentment, joviality, positive outlook, or overall life satisfaction. Depending on how exactly the word is translated, it affects how people answer the question. This means it is often hard to compare results of personality tests across cultures, even when the same test is used. This can be done correctly, however, if approached very carefully.

A further problem is with the way that personality tests refer to certain conditions or experiences. If a test asks someone whether they “feel under the weather”, for example, this idiom will not be equally understood everywhere and will be interpreted differently by people of different cultures. Therefore, personality tests are designed to be as clear as possible while still capturing the essential features of experience that are relevant to personality.

More recently, personality assessment tools from other cultures have been developed and shared internationally, such as the Chinese Personality Assessment Inventory which was developed in Hong Kong in the 1990s. This test is specifically aimed at assessing personality among Chinese people by referring to specific constructs which are important in Chinese culture but are not addressed by Western personality tests, such as harmony, modernization, graciousness versus meanness, and face.

In clinical terms, one construct that is present in the CPAI but absent in most Western scales is somatization, which refers to the tendency to manifest psychological symptoms through physical pains, ailments, or disabilities. Somatization is a fairly rare symptom in Western psychiatry and psychology and so is often not included on clinical scales, while it is relatively common in China and so an important factor to measure when looking at personality in this culture.

The reason that we find different expressions of personality, and especially different expressions of mental illness and distress, in different cultures is due to social norms around the expression of emotions and experiences. In China, there is still a degree of stigmatization of mental illness and a general aversion to describing negative psychological experiences. Therefore, when people feel bad they are more likely to say that they have a headache or that they are tired.

In Western cultures, where there is more of an emphasis on psychological self-examination and sharing, people would be more likely to describe themselves as depressed or unhappy. This means that the same experience (such as low mood, lack of motivation, lack of energy) might be described as a physical affliction by a Chinese person (“I have a headache”) but as a psychological issue by a US American person (“I am feeling depressed”). This shows that personality can’t be studied as removed from culture – because culture has a huge impact on not only the formation of our personalities but also the way that we talk about our experiences.

This gets at part of the fundamental issue with personality testing, in that it may be true that more US Americans like to work independently and more Japanese people like to work in a group. However, this doesn’t mean that there is something inherent in being born in a particular place which means that a person will develop a certain personality type. Rather, it means that culture affects personality by making some choices more common and acceptable than others.

All Personality Types Can Be Found In All Cultures

Another important thing to realize about personality differences across cultures is that this refers to trends, not exclusive categories. For example, the people in one country may tend more towards introversion and the people in another country may tend more towards extroversion. This means that there will be a higher percentage of either introverts or extroverts in a given country – however, there will always be a mix of both personality styles in any large enough group. Similarly, there are some differences between the distribution of personality traits between men and women – but we could never say that “all men are like this” or “all women are like that”. When working with personality data, we are identifying traits, not rules.

To learn more about how personality assessments can help at work and elsewhere in life, and how the Insights Discovery profile has addressed these cultural assessment issues, visit www.discoveryourself.com. And next time I’ll be discussing how to use insights from Jungian psychology to work more effectively as a team, so check back soon for that!