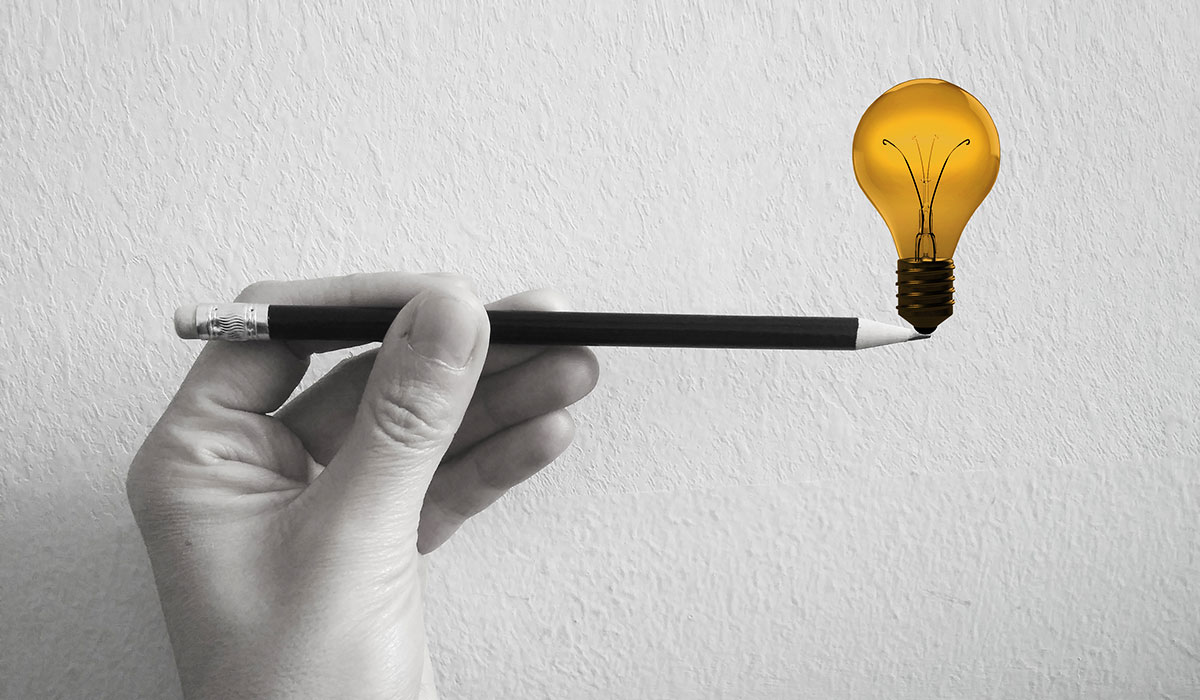 Do your thoughts cause your behavior? That might sound like a silly question at first. Of course, you feel thirsty, you know that taking a drink will quench your thirst, so you move your arm to pick up your glass and drink some water. It’s obvious that your conscious thoughts about being thirsty and knowing that water will make you feel better caused that action, right?

In fact, evidence from cognitive neuroscience suggests that conscious thought may not be as much of a driver of behavior as we expect. Many of our actions are ‘decided on’ unconsciously.

Do thoughts cause behavior?
The question of what causes behaviors has been debated in philosophical circles for thousands of years. The problem is this: if you believe the body to be a purely physical thing, as most philosophers these days do, then it’s hard to explain how this physical body could be controlled by a mind. How do thoughts (a mental thing) cause actions (a physical thing)? In all the rest of the world as we know it, there is no other example of a mental thing causing a physical thing.

The solution that some have come to is that conscious thoughts don’t actually cause behaviors – the thoughts merely run alongside the behaviors, and we think that the thoughts cause the behavior because they happen at the same time. This view, called epiphenomenalism, sounds bizarre but is one of the few ways to make sense of the relationship between mental and physical: conscious thoughts are just a kind of window dressing for behaviors that are actually caused by physical things like the environment.

Push the button
If this sounds like unfounded philosophical pondering, then you’ll be glad to hear that more recently cognitive scientists have performed experiments to investigate the brain’s role in causing behaviors. A famous experiment by neuroscientist Benjamin Libet used EEG (a kind of brain scan) to measure the moment at which people decide to take an action. The participants were hooked up to the EEG machine and then asked to push a button at any time they wanted to in the next 10 seconds, and to look at a clock and take note of the exact moment at which they decided to act.

The strange thing was that a distinctive pattern of brain activation was found before the participants reported deciding to push the button. It seemed that there was a decision making process going on in the brain which took place a full half a second before the conscious decision to act was made. This is pretty solid evidence that behaviors are caused, at least to some extent, by unconscious brain processes rather than by conscious thoughts.

Is that my hand?
That’s pretty strange, for sure – the idea that decisions are being made by you before you’re actually consciously aware that you have made a decision. But still, regardless of the time differences involved, you still feel like you make a decision and then take an action. You’d know if a behavior happened without you deciding to do it, right? If you thought one thing and your body did another thing, you’d definitely notice – wouldn’t you?

According to experimental research, maybe not. There’s a group of experiments called false feedback tasks, in which participants perform a simple action such as drawing a straight vertical line. The trick is that the experiment is set up so that the participants don’t actually see their own hand performing the task. Back in the 1960s, this was achieved by getting participants to put their hand in a box and using a system of mirrors so that when they looked down, they actually saw the experimenter’s hand instead of their own. Nowadays similar effects are achieved using computerized feedback. Using this system, experimenters give the participants false visual feedback. So, for example, instead of seeing their own hand drawing a straight vertical line (which is what their hand was actually doing), the participant sees a hand that looks like their own drawing a line at an angle.

The really strange part is that a large majority of participants still think that the hand that they see is actually their own hand. Even when the action that they intended to take (draw a straight line) was actually followed by a different action (draw a crooked line), participants still felt as if they were in control of their actions and that they had decided to draw a crooked line instead. This means that people perceive themselves as consciously controlling their hand even when it was actually controlled by a computer or by the experimenter, and they believe their decisions to be controlling the hand even when they are not.

Why does this matter?
As you can see, the degree to which your conscious thoughts control your behaviors is actually not as clear as you might think. In terms of both deciding to take an action before it happens, and making an assessment that we chose to perform an action after it happens, we are remarkably influenced by non-conscious factors. We assume that we have consciously decided to take a certain action when we observe ourselves performing that action, when in fact many of our behaviors are not consciously driven.

All this information from philosophy and neuroscience might be interesting to ponder over, but does it actually matter to our everyday lives? Arguably it does, especially when we think about behavior change. If you’re trying to turn over a new leaf, such as by giving up smoking, becoming more organized, or working on a project every day, then you need to think about factors other than your conscious thoughts that might affect your behavior. Things like the environment you are in and your bodily state (whether you’re hungry, stressed, well rested, and so on) can have a large impact on your behaviors even if you are not consciously aware of them. We’ll get into this topic in more depth in the next blog post, so check back soon! www.discoveryourself.com 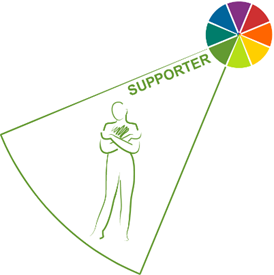 Carl Jung called certain individuals high in social skills and praise Introverted, or Sensory, Feelers. In this instance, we call them Supporters, as their main characteristic is their emotional support of others. Supporters are quick to come to the rescue of their friends, will go the extra mile to get a job done, and build a strong network of relationships with their coworkers.

The strength of a Supporter

Support goes a long way in a working environment and having a supporter as a boss or as a coworker can be a blessing and a challenge. Supporters are consistent in their praise of others and when it comes to their own work, and can be relied upon to get the job done. However, they are also easily frustrated when confronted with a tight deadline or pressure from work situations.

A Supporter is challenged by change, and may need help from bosses or coworkers to enact new procedures or adjust to new working requirements. Professional problems evolve, and to stay active and efficient employees have to evolve to create sustainable solutions to those problems. Planning in advance for these changes can help a Supporter get used to the new ideas being implemented, so they are ready to go when those changes are put into action.

Supporters are predictable, steady, and loyal, but are also adverse to risk-taking and resist change. They best work in professional scenarios where they feel they are appreciated and heard. A Supporter’s strength lies in their ability to work well with others; their confidence comes from their boss and peers’ affirmations that they are doing a good job.

Working with a supporter

Supporters are great mediators, which make them excellent colleagues and team leaders. Supporters’ affable nature makes them great in meetings with clients and partners, and they can be trusted to do their jobs very well. They are incredibly loyal workers and can make work environments social and enjoyable for themselves and others.

Individuals with other personality types may find Supporters difficult to get along with because of their steadfast nature and resistance to new ideas, but remembering a few things about Supporters can get everyone back on the same page. Supporters should be given space to complete their tasks, but a gentle push in the right direction can help them meet deadlines. Supporters need a little bit more time to adjust to new protocols or job descriptions, so a bit of warning can make a difference to them.

If you would like further help in identifying yourself or someone you know who may be a supporter, schedule me, Scott Schwefel, as your keynote speaker. I will come to your group and address the differences in personalities in a truthful, fun, and easy-to-understand way. Follow me on Facebook, LinkedIn, and Twitter to share my blogs with the color energies you work with!